In the most recent season of South Park, Trey Parker and Matt Stone turned their satirical eye on viral internet videos. In Canada On Strike, the main characters try to create an internet sensation so they can earn millions of dollars. What they learn instead is that the internet is a wild (and in the show, deadly) frontier that nobody has mastered. 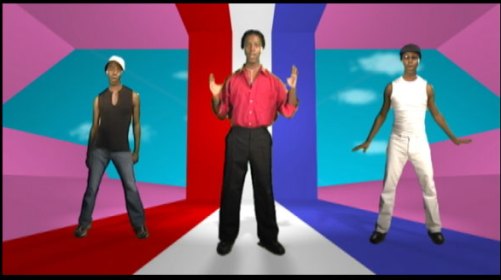 The episodeâ€™s masterstroke is the sweet and naÃ¯ve Butters singing and dancing to a song â€œWhat What (in the butt)â€. The original â€œWhat What (In The Butt)â€ is one of the most viewed videos on YouTube â€“ over 11 million views and counting. There is also a side-by-side comparison of the original video with the South Park copy, that reveals the close attention to detail that Parker and Stone paid to the source.

The original Samwell video was created by Bobby Ciraldo and Andrew Swant, who have a Milwaukee-based production company called Special Entertainment, with a subsidiary imprint, Brownmark Films. In addition to its YouTube success, the video was embraced by the blogosphere and many mainstream media outlets as well. The runaway internet success of â€œWhat What (In The Butt)â€ put them squarely in the crosshairs of the internet exploitation that parodied, and in an interview, they reflect on the aftermath.

They also have a number of projects in the works. A new Samwell video is in the works, and their feature length project William Shatner’s Gonzo Ballet is poised for release this summer. They can be reached via their website at www.BrownmarkFilms.com.

Q: Before the episode of aired, did Trey Parker and Matt Stone contact you for permission to parody the Samwell video? What was that process like?
BROWNMARK FILMS: We were completely surprised by the South Park homage — we were never contacted by anyone at . We each had random friends call us up to say, “Dude! Your video is on !”

Neither of us have cable so we had to run to our local bar – The Uptowner – they turned off the juke box and turned on Comedy Central just for us. When Butters’ “What What In the Butt” video came on we thought we were dreaming. We sent Trey and Matt a thank you email the next day but never heard back.

Q: Are you fans? How did you like Butter’s version? Did Samwell appreciate it, too?

BROWNMARK FILMS: We’ve both been fans for a long time. Matt & Trey are incredibly smart. And Team America is a very important film.

[We think] the Butters version is great! Butters really stepped up to the plate and gave it everything he had, but let’s face it: he’s not as mysteriously unnerving as Samwell. Check out Samwell’s smile at . But seriously, the attention to detail they put into the Butters version is very flattering. It’s a full minute, shot-for-shot remake of something we put a lot of work into, by a show we respect a TON. 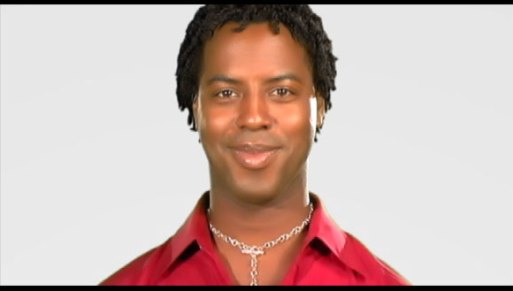 Samwell’s pretty excited too. In his 2nd YouTube interview, which predates the Butters version, he says he loves South Park: “I love . What a BAD show. But I LOVE it!”

Q: A big point of the “” episode is that internet videos don’t generate any money for their creators. You created a huge internet sensation; did you earn any money from the video? Or from the “” licensing?

BROWNMARK FILMS: Brownmark [Films] recently became a “YouTube Partner,” which means we get a portion of YouTube’s advertising revenue for our videos. We became partners three months ago and so far we haven’t seen a check yet, so in a way it’s hilariously just like the “waiting room scene” in the episode â€“ we’re waiting for our theoretical money. And since never contacted us about licensing, we didn’t earn any money there!

Q: Do you feel that the You Tube and fame has translated to opportunities to make money in other arenas? What did the 10 million plus page views do for you?

BROWNMARK FILMS: A lot of friends ask if the “What What” video has made us rich, but even after 10 million views we haven’t really made any money from it. The cool thing, though, is that some doors have become slightly more open because of the video’s exposure and popularity. For example, Elvira (Mistress of the Dark) was already a fan of the “What What” video when we approached her to do a cameo voice-over for Leslie Hall’s “Zombie Killer” video. It’s given us a little bit of street cred, in a weird way.

Getting something to be popular on the internet is the new frontier, everybody’s scrambling to crack the code. 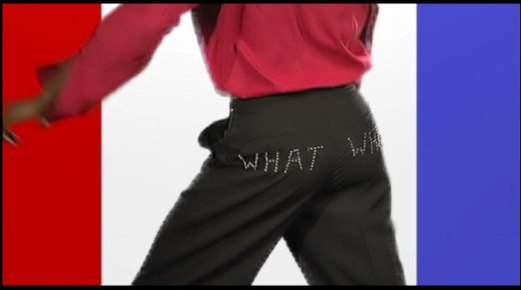 Q: Do you have crossover aspirations to television, feature films, and traditional media? Or are you committed to the internet, and alternative distribution outlets?

BROWNMARK FILMS: Commercial ads on television make us want to kill. One-hour shows have 16 minutes of advertising, and often times they’re the same ads over and over again. That probably explains why we’re not big TV watchers in the “real-time” sense, but we do watch a lot of TV on rented DVDs from the local video store or NetFlix. We’re both huge Battlestar Galactica fans, for example. And we love the original Star Trek. And Nova.

We have crossover aspirations for all formats. We have TV show concepts, feature film scripts, and webisode plans. We hope that the release of Hamlet A.D.D. and Gonzo Ballet will bring us closer to cutting some bigger film and television deals, but in the mean time we’re happy to keep distributing our ideas through the internet. We have three main goals: to get people to smile, think, and communicate. We’re really interested in memetics [ed. note â€“ small cultural concepts that are replicated, modified, and evolve as they pass on, like viral videos, remixes, and video responses], so the internet is kind of a dream come trueâ€¦ Find something that’s funny or interesting and pass it on. We’re not going to change the world with the “What What” video, but 10 million views means we got some gears turning and some people talking.


Q: What projects do you have coming up? And have you ever felt stigmatized as “internet video one-hit wonders”?

BROWNMARK FILMS: Hamlet A.D.D. is a big project that we have been working on for a long time. The “What What” video was a fun way to take a break and test out some of the visual and comedic ingredients that are going into Hamlet A.D.D. It was also a fun experiment in making a friend into a star — Sam’s small part in our Hamlet film (shot long before “What What”‘s popularity) is now a full-blown celebrity cameo appearance!

There’s been no fallout. It may not be possible for “What What” to have much of a backlash, since it will always have a healthy supply of haters. There is nothing more honorable to us than having a cultural “hit”, whether it’s a one-time thing or not. To paraphrase William Shatner’s “Has Been” song, think of all those people who never get out of their armchairs to accomplish anything!

My Tweets
« The 50 Greatest Comedy Sketches Of All Time
MUSIC: Radiohead’s In Rainbows »